Joelle Bizeau participated in a speed-dating workshop organized by Native Scientist (https://www.nativescientist.com/) with the support of the French Embassy in Ireland and Cell Explorers (https://www.cellexplorers.com/). The goal was to provide a workshop about science in French for French-speaking children of 6-12 years old. Joelle's part was about "discovering the atom". The children fabricated a model of an atom that they took home after the the event. 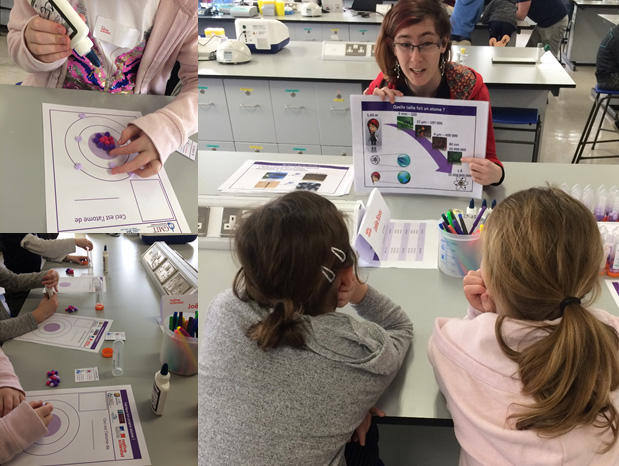 Buket Ucar was live interviewed about her scientific work of finding new therapies for neurodegenerative diseases. It was broadcasted in English by FREIRAD (Freies Radio Innsbruck) on 6th May 2019. Listen here (12 minutes). 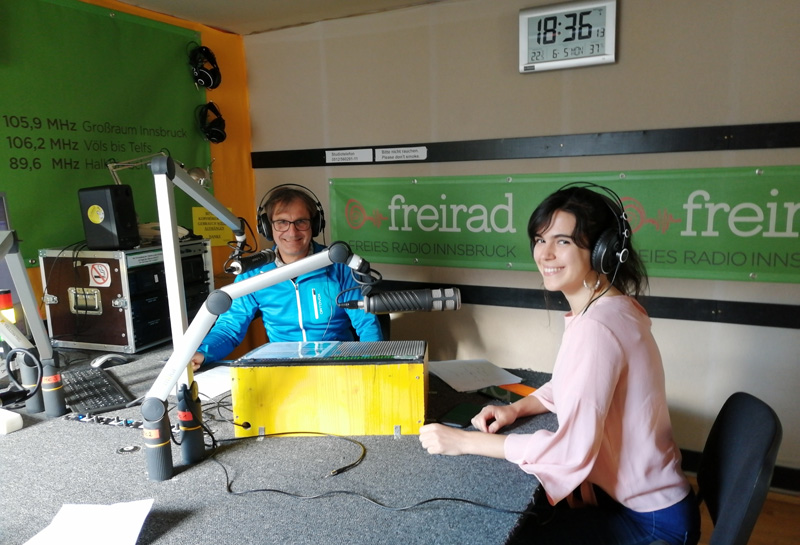 Joelle Bizeau developed a funny and informative scientific quiz for the general audience which can be used by pupils and teachers as educational material. She also made a video about Parkinson's Disease, easy and inteligible to all.

Ana Lucia Rebelo, Enrico Bagnoli and Joelle Bizeau contributed to the Teachers in Residence Programme of CÚRAM, National University Galway Ireland (Read more...). They were talking about their own research and how to bring the latest scientific insights into the class room by using simple vocabulary and visual aids. 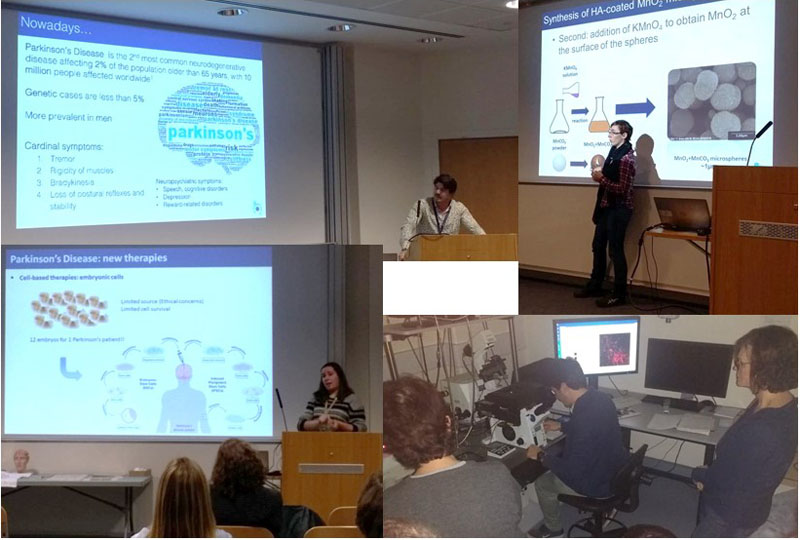 Joelle Bizeau along with other researchers from National University Galway Ireland participated in a public engagement event during the annual Brain Awareness Week.  Around 360 pupils from various schools of County Galway visited the stand and learned interesting facts about Parkinson's Disease, (mad) scientists and the use of biomaterials or stem cells for the treatment of various brain disorders. 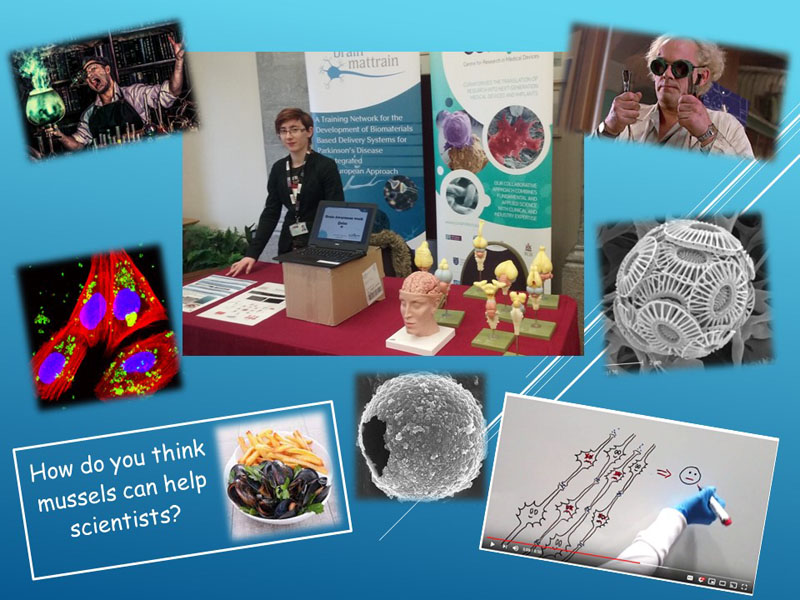 The Glasgow Science Festival has grown to be one of the largest science festivals in the UK. The festival takes memorable events to non-traditional venues across the City where to engage with over 50,000 people, from all ages and backgrounds.
Two BrainMatTrain fellows contributed to the worlds of science, technology, engineering, maths and medicine (STEMM).
Marianna Syntouka and José Manuel Rey developed a new workshop which was divided into four worlds: In the SPONGE WORLD, they showed some collagen sponges and explained how they were made.
In the SPHERE WORLD, the audience could fabricate jelly spheres which are similar in shape and consistency to the ones that are used in biomedical sciences.
In the VISCO AND JELLO WORLD, the kids made gels from gelatine and corn starch. Some gelatine gels were supplemented with different ingredients like milk, lemon, sugar and salt. The audience could note the difference in gel stiffness depending on the ingredients, similar to the gels used in medical sciences. ‌ 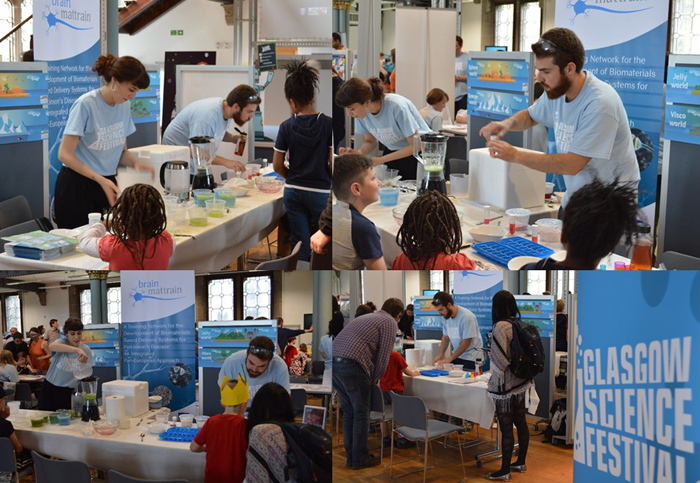 Team members of the BrainMatTrain and MedTrain Projects joint forces to participate in the biggest family event in  Galway City and County. The Science Festival is open to the public and marks the highlight of two weeks educational events about science. The exhibition is free of charge and includes shows, demonstrations, workshops and interactive exhibitions from academia and industry.
Around 500 people visited our stand where they learnt about brain deseases and how scientist are trying to develop new treatments against Parkinson's Disease.‌‌‌‌ Various hands-on activities demonstarted‌‌ the use of biomaterials and stem cells. 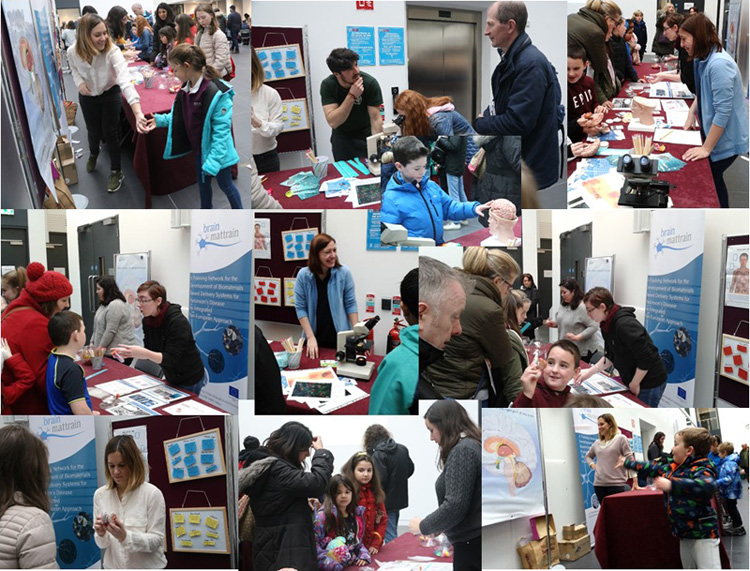 Stem cell research unites high school students across Europe
It was an exciting and comprehensive program at the European UniStem Day which was held for the third consecutive year at Lund University. Approximately 160 high school students from Malmö and Lund gathered at Lund Stem Cell Center on March 17th, 2017 in order to participate in an intensive day on stem cell research and its importance in society. UniStem Day is a part of a broader initiative within the EU to increase the young people's knowledge about stem cell research. Malin Parmar, Professor of Cellular Neuroscience, is the initiator of UniStem Day at Lund University. Since its inception in 2015, she has been able to motivate some fifty colleagues at the Stem Cell Center to get involved in the event. Read more...
Two of our BMT researchers, Marcella Birtele and Shelby Shrigley, were giving Neuroscience workshops.

As part of the Brain Awareness Week, eight researchers from NUI Galway presented a workshop on the BMT project, with an introduction of Parkinson's Disease, the use of stem cells in medical sciences and also different types of biomaterials. The pupils (mainly 15 to 16 years) were fascinated about our work and also very interested to get detailed insight into a scientific project. 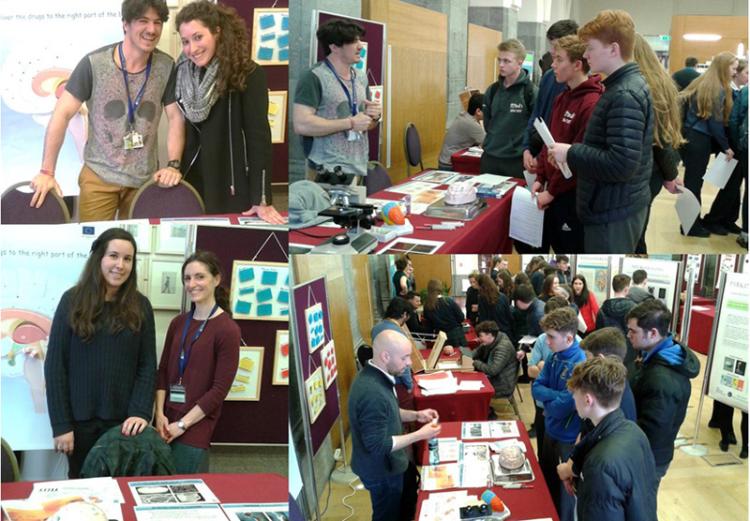 Science & Technology Festival EXPO Day at NUI Galway
Seven members of the BrainMatTrain team gave an educational day of interactive workshops to 500 children and families attending the Science Festival at NUI Galway. The workshops gave an overview of Parkinson's Disease with some hands-on activities to learn about the obstacles that scientists have to overcome for future new treatments. The researchers also gave an introduction to stem cells and how they are used in medical science. Various explanatory materials and games in the workshop were designed to help participants understand the origin and use of stem cells. 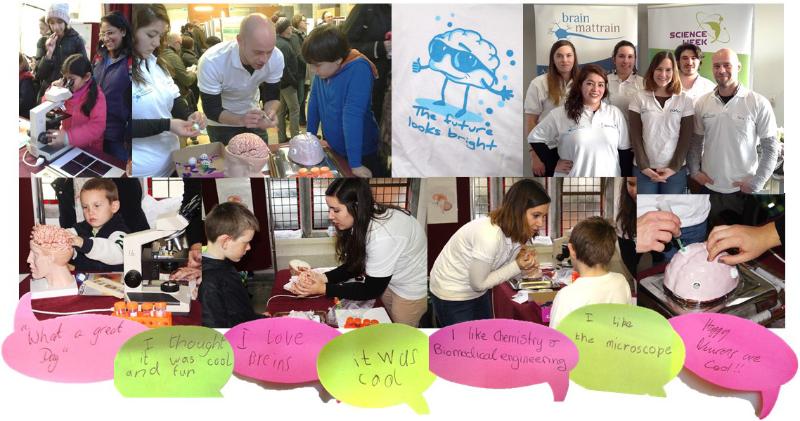 The ‘Science on Screen’ project is one of CÚRAMs Public Engagement initiatives, a partnership project with Galway Film Centre, funded through Science Foundation Ireland’s Discover Programme, which aims to facilitate, promote and increase the inclusion of science, technology, engineering and maths (STEM) content in Irish film and TV production. Read more…
Feats of Modest Valour investigates three individuals’ challenging physical reality of living with Parkinson’s Disease. The film features the EU funded BrainMatTrain project and will be published in 2017.   See trailer 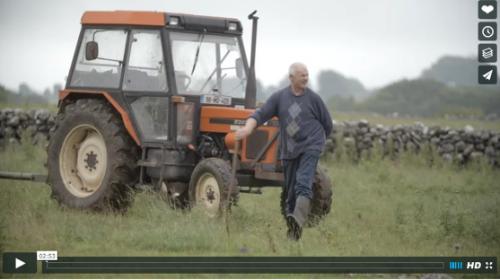 Threesis is an academic challenge for all NUI Galway staff and researchers. They have to present their research in 3 slides and 3 minutes to 3 judges in a way that everyone can understand. Three of our BMT-researchers (Ana-Lucia Rebelo, Luis Martins and Enrico Bagnoli) participated in this competition and two of them made it to the Galway final! 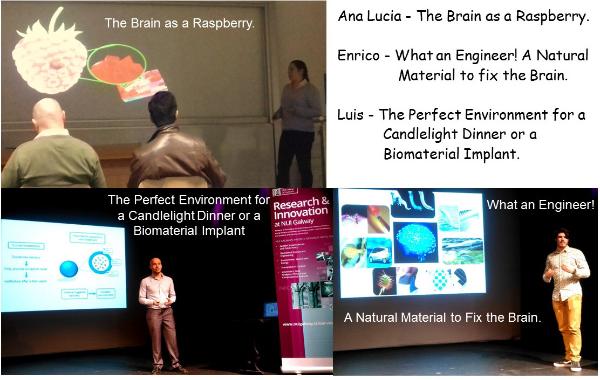 Scientists from NUIG participated in the Bight Club during the Galway Comedy Festival in a play how coronary arteries get blocked and then repaired with the help of biomaterials. Our “actors” were playing roles as Super Heart Cell (Enrico Bagnoli), Little Red Blood Cell (Sarah Gundy) and Big Bad Plaque (Luis Martins). Hilarious!

BMT and CÚRAM researchers spent a full day at the Ploughing Championships in Tullamore, Ireland, the biggest outdoor event within Europe! The students were engaging with hundreds of visitors at the Science Foundation Ireland marquee. The workshop was featured on tendon repair and regeneration in both humans and racehorses with activities illustrating how stem cells are used in regenerative medicine.

‌Silvia Cabre, one of our researchers involved in the BrainMatTrain project, was helping out on the International Clinical Trials Day where CÚRAM ran a short workshop for 100 primary school students at an awards ceremony at NUI Galway on May 20th. The awards ceremony was held for winners of the Health Research Board’s START competition for primary schools which tasked students in 4th, 5th and 6th classes to design experiments and create their very own clinical trial in a bid to help them understand the process.                          A short video of the workshops and awards ceremony can be viewed here...‌‌ 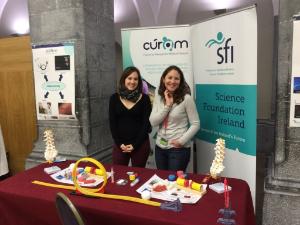 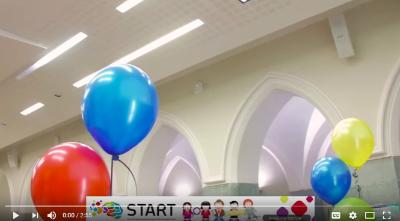